Jay Holben is an independent producer and director in Los Angeles, California and a former director of photography. He is an author of two commercially-published books on cinematography, a contributing editor for American Cinematographer Magazine, faculty instructor for Global Cinematography Institute and international lecturer, an Associate member of the American Society of Cinematographers and the chair of the ASC Motion Imaging Technology Council Lens Committee. 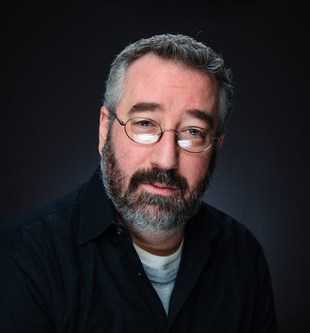 Holben started his Hollywood career as an electrician and quickly made his way through the ranks to gaffer and then Director of Photography where he worked for a decade on features, commercials, television and music videos.

He recently directed and produced the romantic feature drama Before the Dawn and was the supervising director on the gritty independent drama Black Tar Road. His other work includes the Stephen King short adaptation, Paranoid, segments compiled in the analogy films All Hallow’s Eve 2, The Invoking and Strange Events. He was the 2nd unit director and cinematographer for HBO/Cinemax’s Femme Fatales and a consultant on the first season of Showtime’s Dexter among many others.

Additionally, he is a former Technical Editor and columnist for Digital Video magazine a lighting columnist for TV Technology magazine in addition to contributing for several years to the prominent trade newspaper The Hollywood Reporter. He is also the author of the highly lauded independent lighting manual: A Shot in the Dark: A Creative DIY Guide to Digital Video Lighting on (Almost) No Budget and the compilation of a decade of cinematographic journalism in Behind the Lens: Dispatches from the Cinematographic Trenches.