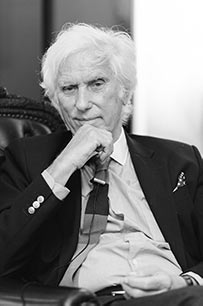 Douglas Kirkland: The Cinematographers On Demand

A Cinematographers Tribute to the Photography of the Incredible Douglas Kirkland

CineGear Expo pays tribute to legendary still photographer, Douglas Kirkland in an ON Air presentation on October 28, 2020. Known worldwide for his iconic imagery of top stars and filmmakers from some of the most influential films of all time, Kirkland has been recognized worldwide for his extensive body of work covering his 6-decade career. This event pays homage to Kirkland’s 250 black and white portraits of cinematographers shot from 1991 until recently for Kodak’s On Film ad campaign.

Kirkland, his remarkable wife/partner Francoise, as well as son, director Mark Kirkland, join the conversation from their studio as each cinematographer recalls a personal story about the day Kirkland captured their image

The one-hour recorded program will include photos, footage and classic conversation about the beloved Kirkland as he enjoys his sixth decade as a still photographer.

Please complete the form below to view on-demand recording of this event.