CineGear ON AIR is pleased to present a live Zoom discussion with the legendary Dean Cundey, ASC focusing on the art and craft behind some of his spookier cult classics from the Halloween films to The Thing, The Fog, Jurassic Park, and more audience favorites. Hosted by Director/Producer/Tech nerd Jay Holben, the two will discuss horror filmmaking as a collaborative art form including what propels a horror genre film into classic status. They will also delve into how the technology of the day affects the art. And the audience will find out what John Carpenter meant when he referred to Cundey’s work on Halloween as  “Some of his best ever. The way he moved the camera was groundbreaking.”

The second half of the event will focus on audience questions with the incomparable Dean Cundey, ASC.

Please complete the form below to register 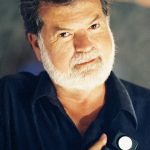 With over 100 films to his credit, DEAN CUNDEY, ASC is one of the seminal names in modern cinematography.

Growing up on the outskirts of Los Angeles, Cundey was interested in film even before high school. He initially studied architecture and cinema at the University of California, but his interest shifted from production design to cinematography when he took a class taught by the legendary James Wong Howe, ASC. After graduation he cut his teeth on low budget horror and action films.

Cundey first attracted international cinematography attention in 1978, when he and John Carpenter collaborated on the production of Halloween. They subsequently worked on The Fog, Escape from New York, The Thing, and Big Trouble in Little China.

The prolific DP enjoyed an unprecedented run of blockbuster films with top directors. His collaboration with Robert Zemeckis earned him Oscar and BAFTA nominations for the groundbreaking Who Framed Roger Rabbit (1988). The duo topped the charts with Romancing the Stone (1984), all three Back to the Future features and Death Becomes Her (1992).

Spanning an extensive variety of genres Dean Cundey’s body of work also includes Jurassic Park, Crazy Kind of Love, Walking With the Enemy, Freedom, The Girl in the Photographs, Diablo, Slamma Jamma, The Flintstones, Loony Toons: Back in Action, Garfield I & II, Sakura – The Blue Eyed Samurai, Whisper, and Jack and Jill.

He earned an Outstanding Achievement Award nomination from the American Society of Cinematographers (ASC) for Hook (1992) and was a BAFTA nominee for Apollo 13 (1995). He received an Emmy Award for his work on The Face, an artful two-hour PBS documentary on the history and role of art in the Christian religion for WNET-TV. In 2014 the American Society of Cinematographers honored Dean Cundey with their coveted Lifetime Achievement Award. 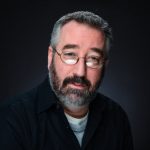 Jay Holben is an independent producer and director in Los Angeles, California and a former director of photography. He is an author of two commercially-published books on cinematography, a contributing editor for American Cinematographer Magazine, faculty instructor for Global Cinematography Institute and international lecturer, an Associate member of the American Society of Cinematographers and the chair of the ASC Motion Imaging Technology Council Lens Committee.

Holben started his Hollywood career as an electrician and quickly made his way through the ranks to gaffer and then Director of Photography where he worked for a decade on features, commercials, television and music videos.

He recently directed and produced the romantic feature drama Before the Dawn and was the supervising director on the gritty independent drama Black Tar Road. His other work includes the Stephen King short adaptation, Paranoid, segments compiled in the analogy films All Hallow’s Eve 2, The Invoking and Strange Events. He was the 2nd unit director and cinematographer for HBO/Cinemax’s Femme Fatales and a consultant on the first season of Showtime’s Dexter among many others.

Additionally, he is a former Technical Editor and columnist for Digital Video magazine a lighting columnist for TV Technology magazine in addition to contributing for several years to the prominent trade newspaper The Hollywood Reporter. He is also the author of the highly lauded independent lighting manual: A Shot in the Dark: A Creative DIY Guide to Digital Video Lighting on (Almost) No Budget and the compilation of a decade of cinematographic journalism in Behind the Lens: Dispatches from the Cinematographic Trenches.